On Saturday I used a router for the first time. I've never even seen one being used before, so I was a bit nervous that I was going to cock it up. It turns out it's the easiest tool in the world. The t-molding slots are now cut, and it took all of 5 minutes for all 4 panels. I spent more time setting up, so it was a bit of an anti climax really.
Sunday afternoon was spent working out in the sun, which was nice. I got the bottom part of the cabinet built, but will have to spend almost as much time again next weekend pulling it to bits and trying again: I've learned the hard way that our garage floor isn't a perfectly even surface, so the two sides aren't as square as I would've liked. Luckily I added pine reinforcement to the original design, so it should be easy to fix with a few small, well placed blocks. 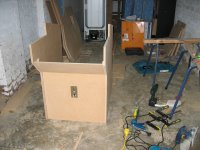 Just a quick update:
The parts I ordered arrived today, so Deb sent me a pic at work to make sure everything is what I expected. A couple of buttons for pinball flippers, the trackball (which works as a mouse in Windows), a coinmech and T-molding. Looks like it's all there
Hopefully the weather will hold out tomorrow so I can get back into it. Now that we're getting into the rainy season, I want to get it finished as soon as possible. I just don't trust our garage to stay watertight during some of the big showers. 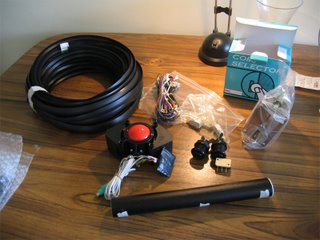 Posted by Reckless at 4:49 pm 0 comments

that's not a knife, this is a knife 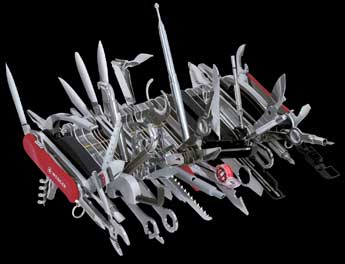 Product Page
Posted by Reckless at 11:32 am 0 comments 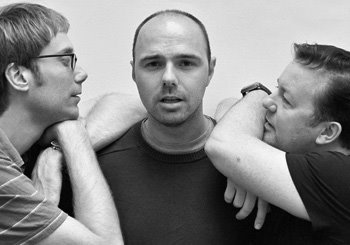 It's been a bit of a long wait, but the podcasts are back! The last release was at the start of April, and we've had to do without Karl Pilkington's unique views of the world for those four months.
If you've never heard the show, it's essentially 3 guys sitting around talking shit. It helps that two of those guys are award winning comedians (Ricky Gervais and Steve Merchant) and the other is some kind of savant. I have never heard someone so honest and transparent, which makes every observation just that much funnier. Asked whether he would feel comfortable touching another man's testicles (after a head swap operation), he said it would be ok because it would be another man's hands as well.
To finish, here's a poem he wrote after reading that moths are blind and that a prehistoric body was dug up that appeared to have used a type of hair gel:

If moths had eyes would they be happier?
How do they know they're not dead?
Cavemen hunting for food
But not before they style the hair on their head

What would last longer in dinosaur times?
A blind man didn't stand a chance
Not with all them rocks about
I'd rather be a blind moth

For a change, I thought I'd read a bit of award winning literature during my commuting instead of just the newspaper over someone's shoulder. Maybe I should either stick to what I know, or work my way up to this kind of flowery stuff. Here's the first paragraph to give you an idea of what I had to trawl through (haha, trawl. Unintentional fish joke... ah, whatever)

My wonder upon discovering the Book of Fish remains with me yet, luminous as the phosphorescent marbling that seized my eyes that strange morning; glittering as those eerie swirls that coloured my mind and enchanted my soul — which there and then began the process of unravelling my heart and, worse still, my life into the poor, scraggy skein that is this story you are about to read.

I was going to stick a bit of a review in here, but I was never a fan of English and hated writing at school. Buggered if I'm going to do it in my own time!

Verdict: flowery but different enough from my usual fare to keep me interested.
Posted by Reckless at 9:49 pm 0 comments

I thought I was alone, but I have found kindred spirits at bancomicsans.com.
From restaurant menus to staff newsletters to school exams, Comic Sans has pervaded society to the point of suffocation. In 10 short years it has become the default font for the majority of people across every profession. I remember a real estate company in London who used it for their logo. Imagine seeing this shit in metre tall letters...
Join me in getting this font off all documents and signage. It should only ever be on kids toys or kindergarten newsletters (note, not school websites. Sorry Andy Bay School, you really have to get rid of that purple comic font. Pull your web designer out of their maths class for 5 minutes and get them to change it.) 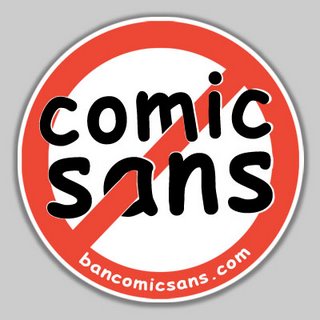 once were still are warriors

So there's a bit of controversy at home at the moment: A researcher is claiming that a "warrior" gene is being carried by a large number of Maori, which may be responsible for aggressive behaviour.
Instead of joining in on the heated discussion, here's a dog dressed as a rabbit: 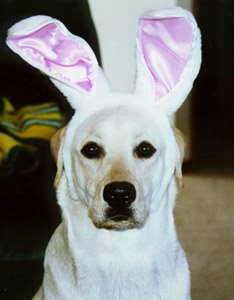 Posted by Reckless at 9:15 am 0 comments

It was Census night in Australia tonight. Finally, I got to enter my real religion: 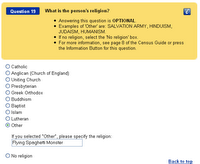 Posted by Reckless at 8:53 pm 0 comments

what not to do

Some guy has pulled together a bunch of MAME cabinets that have serious issues.
Hopefully mine doesn't end up on there.
(Click the image to go to the site) 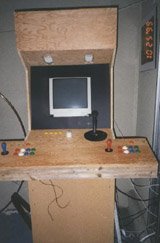 Posted by Reckless at 4:45 pm 0 comments


And if you've got a bit of geek in you, some of these are funny as well
Penny Arcade
Posted by Reckless at 3:04 pm 0 comments

a bunch of wank

Don't like walking or riding a bike to raise money for good causes? Can't bake a cake to save your ass? Most charity fundraising involves a lot of walking around selling badges or cheap rubber noses. Surely there's more fun ways to help charities!!

The Vader Sessions (big file, but worth the wait)
Posted by Reckless at 11:02 pm 2 comments

work has it's perks

On Monday night I flew to Sydney to attend a workshop the following day. It was a much higher level than I expected, making decisions that would affect thousands of people. I got through the day by answering any question that was aimed at me and stroking my beard1 at the right time. There's nothing else to report really, the flight up was good, the hotel was nice, the flight back was fine too. The cab driver from the airport kept falling asleep at the wheel unless I spoke to him, but I got the obligatory Krispy Kremes2 home safely.

1. I don't have a beard. In fact I was clean shaven for the first time in months.
2. Krispy Kreme Doughnuts were, until last month, only available in NSW. Sydney airport does a roaring trade selling dozens at a time to passengers on their way back to Melbourne. The store that opened in Melbourne still has queues that are regularly 3 hours long.
Posted by Reckless at 10:37 pm 0 comments

do you know what this is?