its been a slow few months

To stop this thing going stale, I thought I'd stick a few updates in here. Now to figure out what's happened since the 11th of April...

Well, mum's birthday was on the 20th, so happy birthday mum!
We got a new TV to replace the old 21" crt. The transformer in it was shot and you had to punch it to stop it from squealing.
Now I can play games on a nice big telly. We've also hooked up Deb's Mac Mini as a wireless media box, so we can stream video and music from computers in the other room (you can see it at the bottom right corner of the tv). 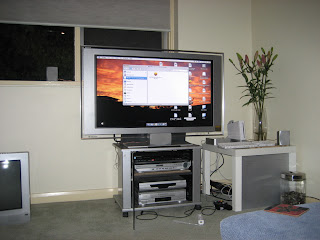 Dad is currently in the Solomons for a stint and last month he was on leave in Brisbane. After spending a few weeks there with mum, he came down and stayed with us for a week. It was really good having him here (and not just because we came home from work every night to a cooked meal). He now knows how to attach pictures to an email, so we should be getting some interesting pics soon. 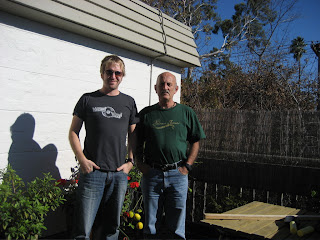 We also caught up with my cousin Damian who lives in Clayton. We never seem to see each other unless another family member is over, but it's always a laugh. 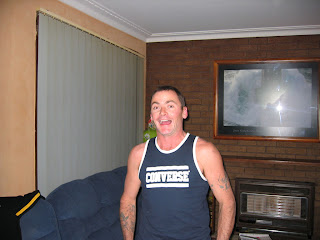 My mate Travis finished up at work last month, which left a bit of a hole in the place. It was nice working with someone who was on the same wavelength as me. Now I spend a lot of my time explaining myself. So, my sense of humour takes a little getting used to. That's hardly my problem now is it?
We ended up at karaoke, which I really think is the scourge of the pub scene. What ever happened to self respect? 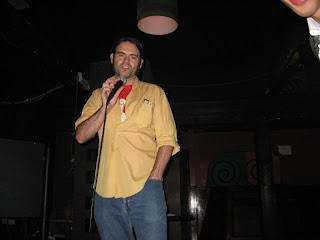 Of course, I say that, but Trav managed to get me up on stage for a rousing rendition of Tenacious D's "Tribute". Thankfully there's no evidence of that, so you'll just have to believe me.


Hmm, what else? Oh yeah, for our awards night at work we were encouraged to submit a team photo. There were prizes and stuff, so we decided we'd go with a superhero theme. I've never been any good at dressing up, so I volunteered to do a bit of Photoshop work instead.
It must have been ok, because we won the first prize of $500. 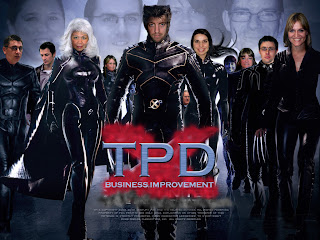 Looking at it on a different monitor now, there's a lot of stuff that could've been done a lot better, but it was good enough at the time.


So that's it for me. This weekend I'm going to try and send out a few emails to folks that I haven't managed to stay in touch with over the past 3-5 years. It not that I don't care, it's just that I'm exceptionally lazy.

Don't hold your breath though...
Posted by Reckless at 9:51 am

Loved the Team photo. I suppose because you did it you are able to be the leader. Very cool though. Well done.