So, it was pretty weird being back in London again after 5 years away. It seems cleaner for a start. I guess that's the Olympic machine getting underway. Hopefully they can keep the momentum going after the games are over, because the place looks great!
There's a new shopping centre that was a mound of dirt when we lived in Shepherd's Bush. We popped in on Wednesday morning to fill in time before checking into the hotel. 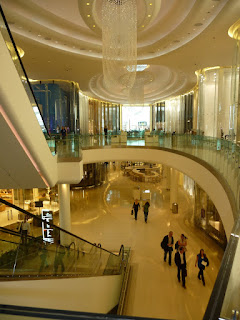 The NZ war memorial in Hyde Park corner was completed a few years ago. It's actually pretty cool and not your usual granite slabs. 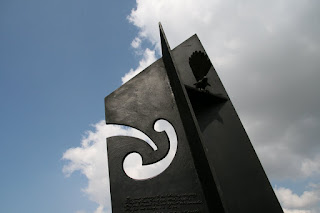 We never made it to the changing of the guard while we lived over here. By chance, we arrived at Buckingham Palace just as the crowds were gathering. Unfortunately we didn't have time to stand around for half an hour, but saw dudes marching up the Mall as we walked down it. 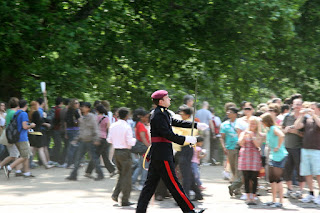 After catching up with one of Deb's workmates for lunch, we wandered back down to St Pauls. The whole time we were in London, the weather was fantastic, so pretty much every photo we took had blue sky as the backdrop. 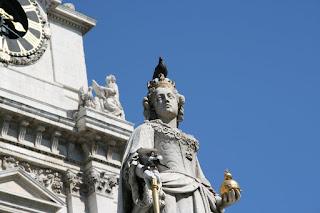 It was nice to go back, and great to see that the city is still developing. The buses are more frequent, the oyster card works well and there is very little graffiti or rubbish around the place. 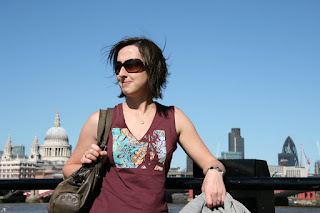 We couldn't find wifi around anywhere, so I'm writing this on the University of Vienna campus. Neat! The only problem is that it's 2.20pm, we haven't had lunch yet and we've been drinking beers so we can sit at the tables. Probably time to pay up and find a loo :)

Next update: WIEN
Posted by Reckless at 10:02 pm