Photos now, text to follow.... well, probably not.
If you're after details, Deb's got it covered here.

From Berlin, we caught a quick train to Mannheim to connect to an even quicker train to Paris: 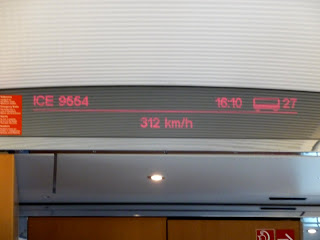 The apartment was still being cleaned when we arrived at 6pm, so we went for a wander to fill in an hour.

The Louvre was still there. No golden arches over it as yet. 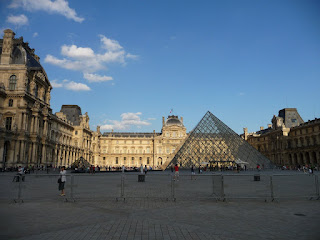 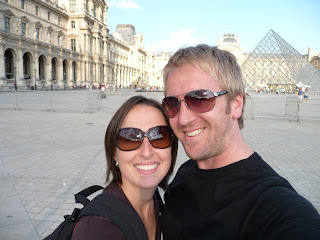 We went to a local bistro for dinner (steak tartare thank you very much) and after a few hours watching the world go by, we finished our wine and called it quits for the night.

The next morning we took off to Montmartre for the day. 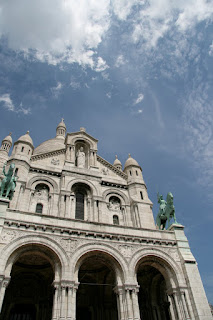 And a bit of exotic foreign culture for good measure 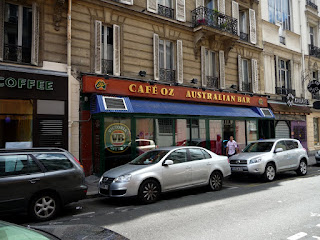 We had lunch at romantic Montmartre cemetery, beers somewhere else and ice creams at yet another place before wandering home and out again for more food. 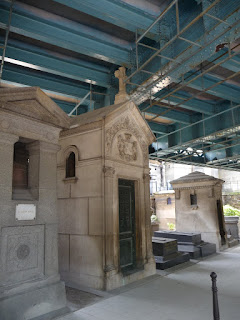 The next day it was overcast and rainy, so we went to the laundromat, and had pastries for breakfast while we waited. After checking out some local scenery, eg: 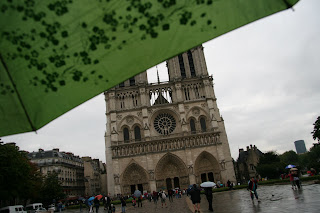 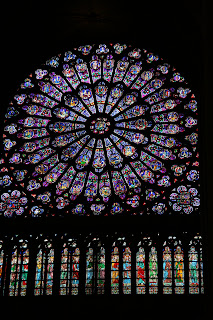 It was raining again that night, but instead of staying inside, we went Space Invader hunting. 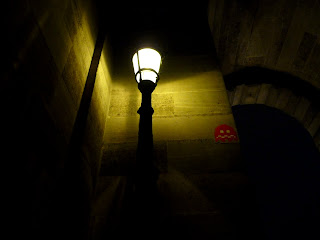 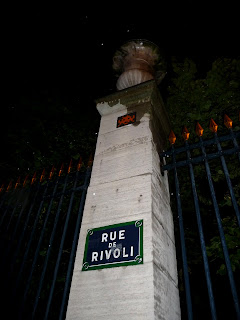 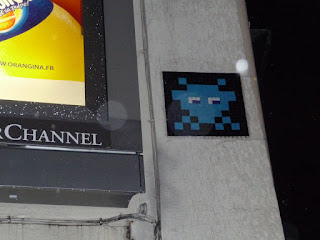 We had a crack at some night photos of the Eiffel Tower as well. 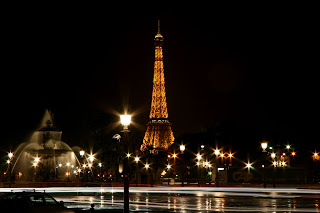 I think Deb managed to step in every puddle between our apartment and here, so it was time to head back in preparation for Day Four: Proper tourist day. 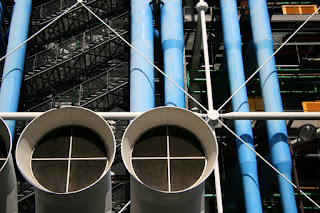 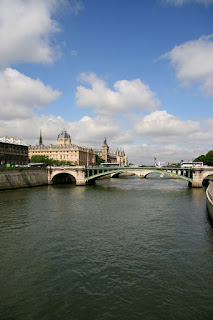 And Notre Dame itself, sans rain. 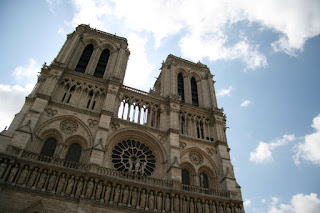 We cruised up to the Pantheon, and had lunch in the Luxembourg gardens: 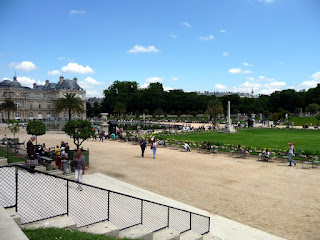 A lot of the more familiar paintings at Musee d'Orsay were surrounded by people trying to get a photo. Most barely even looked at them first, so this photo is dedicated to them. In case you're wondering, it's Renoir's Dance at Le Moulin de la Galette. 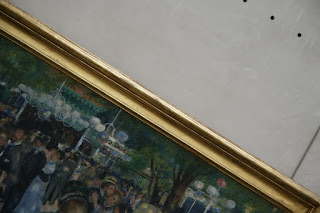 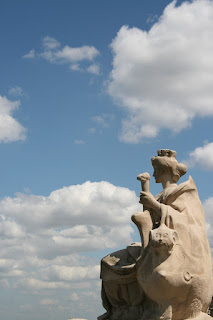 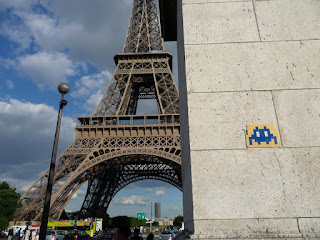 Then a (long) walk to the Arc de Triomphe to try and see some cars crash into each other. It never happened, so instead here's a photo of us, with my holiday jowls starting to creep in. Why is bad food the tastiest? 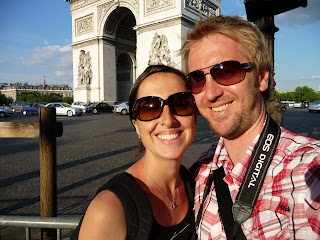 The next morning we caught the train to Avignon. More to follow soon...
Posted by Reckless at 9:11 am